In this formula, the “n” varies from 3-6 and rarely seven. This implies that in nature no. of carbon atoms found in monosaccharide varies from minimum 3 to maximum 7.

1. Placement of its carbonyl group

Monosaccharides with three carbon atoms are called trioses, those with four are called tetroses, five are called pentoses, six are hexoses, and so on. These two systems of classification are often combined. For example, glucose is an aldohexose (a six-carbon aldehyde), ribose is an aldopentose (a five-carbon aldehyde), and fructose is a ketohexose (a six-carbon ketone). Various examples of other monosaccharide are given in the following table. 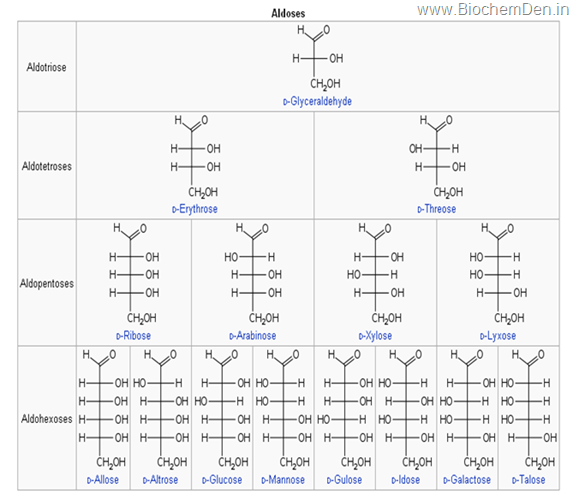 A triose is a monosaccharide containing three carbon atoms. The general formula is C3H6O3. There are only two trioses, an aldotriose (glyceraldehyde) and a ketotriose (dihydroxyacetone). Trioses are important in respiration. Namely, lactic acid and pyruvic acid are derived from aldotriose and ketotriose, respectively.

A tetrose is a monosaccharide containing four carbon atoms. The general formula is C4H8O4. Example:D- Erythrose-4-P is an intermediate in hexosemonophosphate shunt which is an alternative of glucose oxidation

A pentose is a monosaccharide containing five carbon atoms. The general formula is C5H10O5.

Example of Pentoses are

A Hexose is a monosaccharide containing six carbon atoms. The general formula is C6H12O6

It is the chief physiological sugar present in human blood. Its values are regulated between 70-110 mg/dl of blood by a pancreatic hormone Insulin and Glucagon. Increase in blood sugar levels leads to Diabetes. All tissues utilize glucose for energy. Brain and Erythrocytes depend exclusively on glucose. Its polymeric form glycogen is used as energy storage material in animals. Its polymeric form starch is used as energy storage material in plants.

seldom found free in nature occurs as a constituent of milk sugar lactose and in tissues as galactolipids and glycoproteins.

It is used to stamp proteins by the process of glucosylation. It does not occur free in nature but is widely distributed in combination as the polysaccharide mannan, e.g.-ivory nut. It is also found as the constituent of glycoproteins

it is a ketohexose and is commonly called the fruit sugar, as it occurs in fruit. It is a sweet sugar sweeter than glucose and sucrose. It is found in honey as laevulose. In the seminal fluid of man fructose is the chief source of energy for sperms.

A heptose is a monosaccharide containing seven carbon atoms. The general formula is C7H14O7. Examples are Sedoheptulose It is a keto-heptulose found in plants of the sedum family. (most of the aldoses end in “-oses” and ketoses end in “-uloses” e.g. erythrose and erythrulose). What are Polysaccharides and How it was Classified?

VITAMINS : The Micro-Nutrients in Our Body 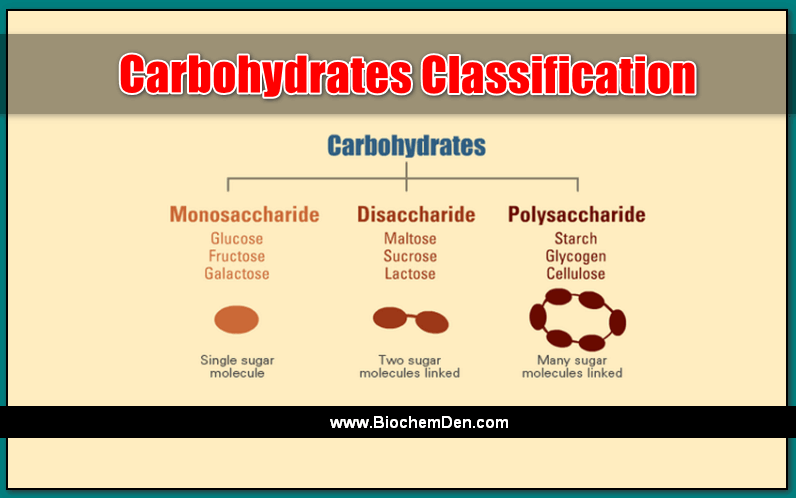 What are the Classifications of Carbohydrates? Explain with Examples 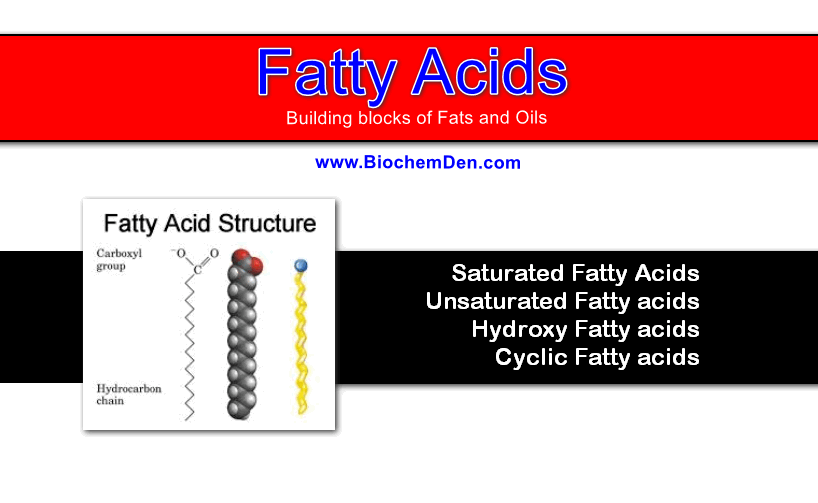